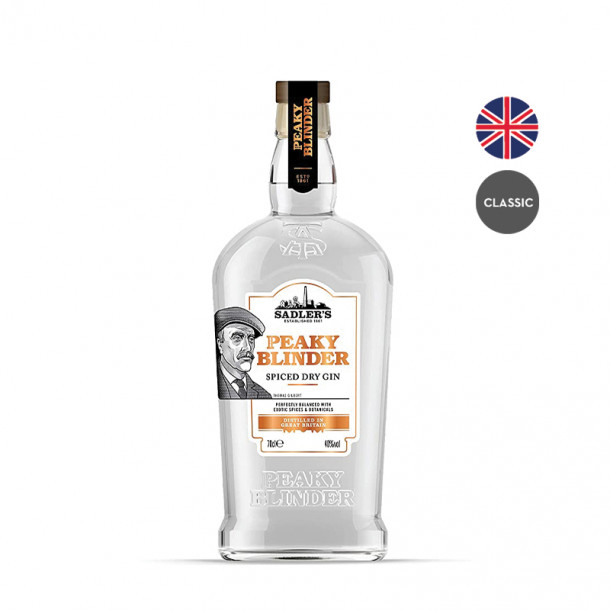 Country : UK
Type : Classic
Botanicals : Ginger, black pepper and cassia
Flavors : Peaky Blinder Spiced Gin has been produced by Sadler's Peaky Blinders for over a century. Made from exotic herbs and spices, it's an impressive gin with flavors of ginger, black pepper and a hint of cassia in the background. Peaky blinders is a criminal gang from Birmingham, England in the early 20th century. The name itself is derived from the practice of arranging razor blades in the top of their caps so they could use them as weapons.
How to drink it?